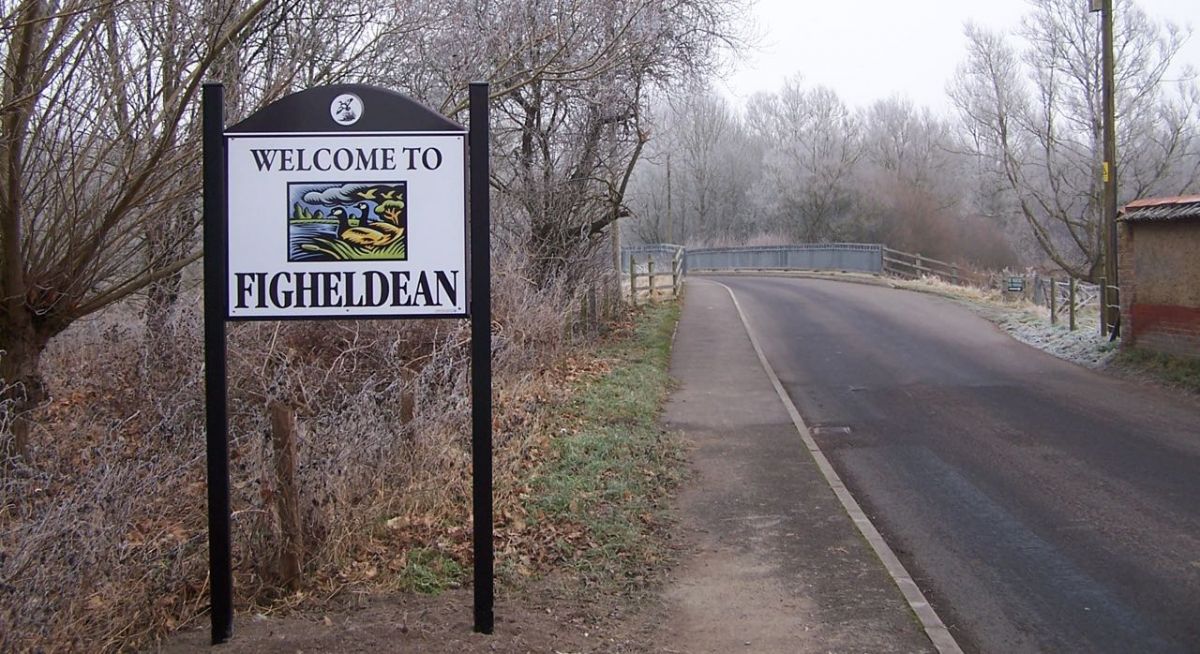 Figheldean is a small, peaceful village nestled in the Avon valley to the north of Amesbury in Wiltshire, England.

Centred on the village, the parish of Figheldean extends 3 miles eastwards towards Tidworth as far as Devil’s Ditch and 3 miles westwards beyond Larkhill towards Shrewton as far as Robin Hood’s Ball. A mile or so to the north is Netheravon, and Durrington is a little way further to the south.

All around lies Salisbury Plain, the largest remaining area of unimproved chalk grassland in northern Europe, which supports many nationally rare and scarce species.

There are many archaeological sites of importance in the parish from long barrows to Roman villas, showing that people have been living off the land here for at least 6000 years. Recent excavations at Barrow Clump just east of the village by Operation Nightingale (in association with the Defence Infrastructure Organisation, Breaking Ground Heritage and Wessex Archaeology) have revealed an extensive Anglo Saxon cemetery centred on a much earlier group of Neolithic and Bronze Age round barrows.

The earliest historical record is from the nearly 1000-year old Domesday Book where the village is called Fisgledene, and the church is first mentioned in Henry I’s charter granting its lands and revenues to the cathedral at Old Sarum.

HEARDING holds FIGHELDEAN. He himself held it TRE, and it paid geld for 11 1/2 hides. There is land for 5 ploughs. In demesne is 1 plough, and 6 slaves; and 7 villans and 8 bordars with 4 ploughs. There is a mill rendering 15s , and 24 acres of meadow, [and] pasture 12 furlongs long and 3 furlongs broad. It is worth 9l. Of this land Earl Aubrey had 4 1/2 hides. The king now holds them

This website uses cookies to improve your experience while you navigate through the website. Out of these, the cookies that are categorized as necessary are stored on your browser as they are essential for the working of basic functionalities of the website. We also use third-party cookies that help us analyze and understand how you use this website. These cookies will be stored in your browser only with your consent. You also have the option to opt-out of these cookies. But opting out of some of these cookies may affect your browsing experience.
Necessary Always Enabled
Necessary cookies are absolutely essential for the website to function properly. This category only includes cookies that ensures basic functionalities and security features of the website. These cookies do not store any personal information.
Non-necessary
Any cookies that may not be particularly necessary for the website to function and is used specifically to collect user personal data via analytics, ads, other embedded contents are termed as non-necessary cookies. It is mandatory to procure user consent prior to running these cookies on your website.
SAVE & ACCEPT